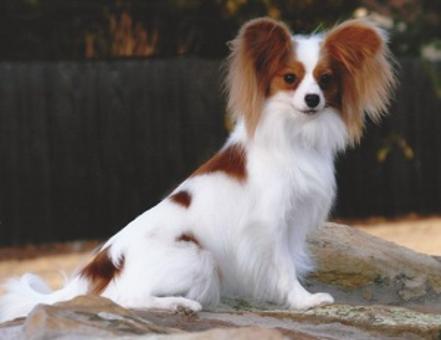 Blondie's Statistics
She is that gorgeous red color that I love and she was quite easy to show. I showed her 15 times and she finished with 3 majors, her last a big FIVE pointer! Beautiful correct flat coat and she simply loved the world and everyone in it. 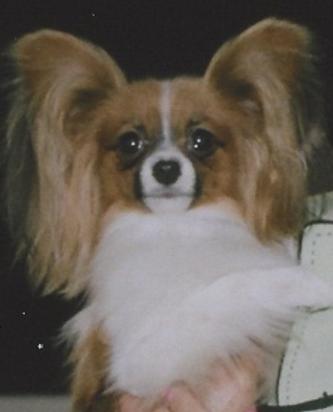 I met Rita Koy at the Papillon Club of America National Specialty when it was held in Wisconsin . I liked her dogs and she agreed that when she had a nice bitch to sell she would let me know. I purchased Sally from her and while Iwas waiting for her to grow up I showed a few of Rita's dogs.

Penny's Statistics
Penny is the littermate sister to Rita, like sisters everywhere completely different in temperament. Where Rita was selective about who she would like, her sister liked everyone. Another beautiful red sable and white. My kinda girl. She came to me with 3 single points. She went home a finished champion. I do not have the photos of her major wins. She won her first big 5 point major under June Penta in Greenville, SC. Her second was a 3 pointer from Randy Garren in Albany, GA.

Beamer's Statistics
Rita Koy sent him to me at just over a year old. In 29 shows he was defeated in his class only 5 times. He finished with back to back majors, a 4 and a 5 point major. He was Best of Breed over specials both days the weekend he finished.

Rita's Statistics
Rita was a small girl but took off winning in the second show she entered, winning 2 points from the 6-9 puppy class and 2 more from the 9-12 puppy class.  She came to me at that point and we had a long dry spell in the 12-18 class while she matured into the beautiful girl that started winning again with her win under judge Dr Harry Smith.  She won her 1st major the next day. She went home to Texas with 9 more points than she came with and finished her championship quickly after arriving home. 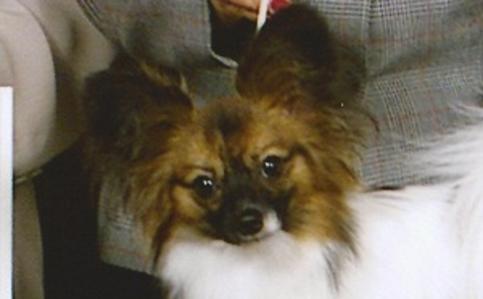 Cheri's Statistics
Cheri came to me so that I had something to show while I waited for Sally to grow some coat. She is Rudy's litter sister. She finished in 19 shows with 3 major wins under judges Timothy Catterson, Anne Katona and Janet Wilcox. I then bred her to CH Clearlake Amica Status Symbol, Pretty Boy, to his fans. She had 2 boys but unfortunately one was very small and just did not grow and passed over the Rainbow Bridge at 3 weeks old. Her other puppy was a beautiful red sable but he developed a problem with his bite and was neutered and is happily living the good life in North Carolina. Cheri went home after she weaned the puppy. 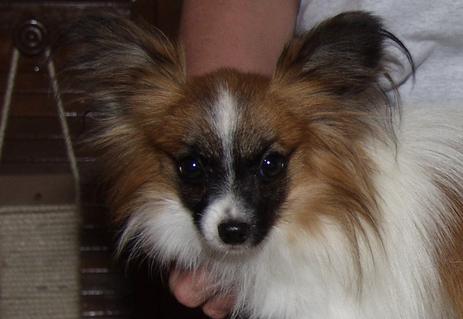 Rudy's Statistics
While waiting for Sally to mature Rita sent Rudy to me. He was a live wire and boy did I learn a lot. He needed about an hour to walk around the show site before going into the ring and he learned to count. I would stack him on the table and count very slowly backwards from "3" to "1" and when I got to one he knew he could move his feet. He finished with 2 FIVE point majors and a FOUR point major. I took him to the Papillon Club of America National Specialty show held in Kansas City, MO. He was 3rd in his sweepstakes class of 8 under judge Mr Ron Crowder and the next day he was 2nd in his class of 9 in the point show under breeder judge Charlotte McGowan. What a thrill to place in my 12-18 month old class at the national. I only have one picture of him so I'll write his wins here. His first win was a big 5 point major under Mrs Arlene Benko. His third win was for another four point major under judge Dr Robert Berndt and was also  Best Puppy that day. He finished his career with a 4 point major under judge Mrs Ann Hearn. It took 26 shows but remember he had a very difficult time standing still on the table! 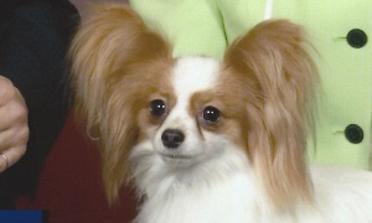 I met Brandi Bray and her husband Mike Fowler at the Papillon Club specialty in Ohio in 2005. We talked about some of her dogs coming to Florida when I wasn't busy with RuthAnn's dogs. So she sent Blondie, Rita and Penny.